High in the Russian Arctic—about 900 kilometers from the North Pole—sits Franz Josef Land, the world’s northernmost archipelago. Made up of 192 islands comprising more than 16,000 square kilometers, the uninhabited island chain has until recently been locked beneath ice for much of the year.

On land, polar bears reign, and colonies of kittiwakes, little auks, and other seabirds claim the scree slopes and cliffs. Offshore, bowhead whales feed in the frigid waters and Atlantic walruses haul out on diminishing sea ice. A key species for this unique ecosystem? The tiny, temperature-sensitive copepod, a crustacean that’s food for seabirds and also for the fish that in turn feed marine mammals. It’s a delicate balance—and one that depends on the presence of ice.

In the summer of 2013, Pristine Seas, partnering with the Russian Arctic National Park and the Russian Geographical Society, led an international team of scientists and filmmakers to the archipelago’s location 1,500 kilometers above the Arctic Circle. Their goal was to assess the ecosystem’s current state compared to historical scientific baselines, including the landscape shown in photographs obtained by explorers in the late 19th century.

With this mission in mind, the team conducted land and underwater surveys, sent drop cams to the deep ocean, collected specimens, tagged seabirds, and re-created historical studies to obtain data for temporal comparison. What they found was a near-pristine terrestrial and underwater environment that is nevertheless showing the effects of warming temperatures. This makes the species found on and around the islands particularly vulnerable—and even more in need of protection.

In August 2016, Russian Prime Minister Dmitry Medvedev announced the expansion of the Russian Arctic National Park by 74,000 square kilometers, to include the Franz Josef Land archipelago. The expansion created not only the largest protected area in Russia but also the largest marine reserve in the Arctic, at a total of 88,000 square kilometers. Species such as polar bears, Atlantic walruses, bowhead whales, and ivory gulls will be protected under the expansion. The area will also be protected from oil, gas, and seabed mineral exploration, but regulated ecotourism is expected. 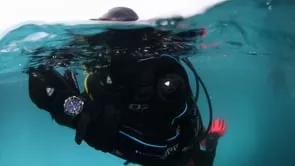 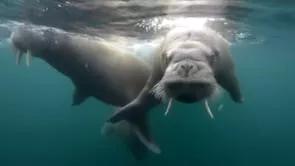 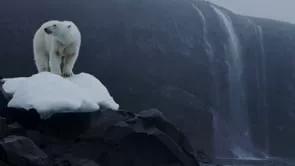